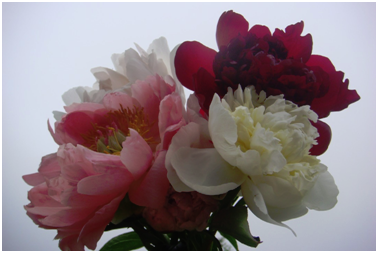 Plainly put, children do not possess the developmental cognitive ability
—nor the legal capability—
to ever give informed sexual consent.

Note: April is Sexual Assault Awareness and Child Abuse Prevention Month. Coupled with the current flood of round-the-clock media attention on sexual assault, to follow is a second recently inspired article on the matter written to throw additional light in hopes of expanding everyone's awareness of this heartbreaking affliction.

As it is every year, April is Sexual Assault Awareness and Child Abuse Prevention Month. And with seemingly non-stop worldwide news reports of pedophilia, sex trafficking, ritual torture and sexual assault, I’ve felt spurred on to readdress the sickening problem of childhood sexual abuse, with every intention of completely wiping this vile and evil scourge of society from the face of the earth.

Domestic violence—which includes child sexual abuse—can occur in any family, regardless of its race, religion, or income level. Statistics today tell us that as many as one in three girls and one in four boys have been sexually violated by an adult. The great tragedy and common denominator of all forms of domestic violence is that it causes its victims to live their lives in fear.

Childhood Sexual Abuse: What is it?

Childhood sexual abuse is defined as a form of child abuse in which an adult or older adolescent uses a child or minor—defined as anyone under 18—for sexual stimulation. Sometimes sexual abuse includes physical “punishment” and/or abuse of power by an adult or someone in a position of authority that at the time as a child may have seemed “normal” because you were too young to know differently.

Forcing you to watch or talking you into watching others act in a sexual way, or forcing you to have or talking you into having sex with an adult, are also child sexual abuse no matter whether you “agreed” to it at the time. Regardless of the circumstances, there is never an acceptable reason or excuse for an adult or older adolescent to interact sexually with a child, not even if the child goes along with it “willingly”—ever. To put it plainly, children simply do not possess the developmental cognitive ability—nor the legal capability— required to ever give informed sexual consent.

And sex without consent is always rape.

Rape is an ugly word for an even uglier act. If you don’t give consent and sex is forced on you, or you force sex upon someone without his or her consent, it’s rape. That includes having sex with someone whose passed out. Likewise, because children are incapable of giving informed consent, any adult or older adolescent having sex with a minor or otherwise molesting or sexually exploiting children is unquestionably a rapist and sexual predator. In the end, as every fully formed adult with any human decency knows, adult-child sex is always a crime, morally repugnant, and just flat-out wrong.

The despicable crimes of sexually or physically violating a child leaves much more than physical injuries, pain, and scars. It also leaves devastating psychological, emotional, and spiritual wounds as well. What is taken from sexually abused children is a precious part of their unified core self. Their once intact sense of being in possession of an unconditional right to exist, along with the expectation that their personhood is innately worthy of respect and securely protected from violation, have all been irrecoverably shattered by abuse.

Potholes on the Road to Recovery

The effects of stressful experiences, including those of being sexual abused as a child, are cumulative and can last long past childhood into adulthood. And yet, it is not uncommon for childhood victims of abuse—whether sexual, physical, and/or emotional—to later minimize the impact it had upon them then and has upon them now as adults, often for many years or decades. Some even deny or hide their victimization for their entire lifetime.

Generally, the longer the abuse remains untreated, the longer the accompanying pain and disempowerment that goes along with it lasts. Yet most childhood survivors of abuse choose to suffer in silence, thankful that no one can tell from looking at them that they were once subject to abuse. They usually prefer not to dwell on the past abuse or discuss it with others, and think others wouldn’t understand even if they did. They desperately hope or unrealistically assume they are “over it” and can now get on with their lives. They tell themselves it happened long ago, I’m past it or words to that effect.

And they believe it—or at least try to—until issues later in life as a result of their abuse catch up with them. Common problems following exposure to childhood abuse include but are not limited to: Poor self-esteem, alcohol and drug abuse, inability to emotionally connect and relate, sexual hang-ups, and repeated relationship failures that arise and force them to reexamine their lives, their thoughts, feelings, and belief systems.

As a result of sexual abuse, the survivor’s self-image and beliefs regarding sex, love and intimacy are typically filled with cognitive distortions and problems. Essentially, childhood sexual abuse wreaks havoc with a child’s psychological “lovemap” and their subsequent ability as an adult to emotionally bond with others within intimate relationships.

Those who were sexually molested as children must often later struggle as adults to identify, explore, and ultimately integrate a positive and healthy adult identity despite negative self-images due to childhood sexual trauma. They must learn to accept themselves, to find authentic intimacy through relationships, work, and play, and by establishing connection with the broader community.

If you are a survivor of childhood sexual abuse and still struggling to feel whole again, help is available. Look in your phone book and online for local and state agencies and private therapists that offer professional childhood abuse treatment services for survivors of sexual abuse. Often these services are offered at no charge or for a very nominal fee from social service agencies, so don’t let the fear of payment costs keep you from calling.

No doubt you will find a supportive and understanding individual at the other end of the line, ready to confidentially assist you in finding the right clinician or group for you. Have courage, for as many who once felt like you have learned and can bear witness today, with help comes hope.

One of the secrets to a happy life is learning to keep a short memory to painful things. Never let anyone live rent-free in your head! Counseling can help. By making peace with the past and moving on, many survivors of sexual, physical, and/or emotional abuse go on to lead full, happy, and well-adjusted lives. The intelligent approach insists that you stubbornly refuse to allow your abuser to victimize you for the rest of your life.

Speak Up about Childhood Abuse to Get the Help You Need

Before closing, I am compelled to think the unthinkable and state what still cries out to be stated. Heaven forbid, the following is directed to anyone younger than 18 now reading this article: If you or another minor you know has ever been or is now currently being sexually abused by anyone, if you haven’t done so already, tell your parents or trusted adults immediately and report it to the police.

Likewise, if anyone suspects a minor is being sexually or otherwise abused, don’t stand by silently—speak up about it. Talk to family, friends, counselors and spiritual advisers and ask for help or offer your support.

Be assured that it’s never too late to disclose your abuse, no matter how many years or decades ago it happened. You will find the emotional release that follows from exposing your long held dark secret to the light of day is incredible.

Love shouldn’t hurt. Should you be a perpetrator of domestic violence—no matter whether sexual, physical, and/or emotional—you need to get professional counseling to break free of it before it causes you to hurt anyone again. Treatment isn’t optional—it’s mandatory.

Abuse is often multi-generational, yet the cycle of violence can and must be broken. I know what I’m talking about. I speak as both a survivor of childhood physical abuse and—with over 40 years of non-violent conduct now under my belt—a reformed adult perpetrator of it. Back as a young man starting to commit physical abuses myself, I was able to recognize I had a problem and thankfully sought professional help to overcome it.

The choice is yours to make. Love protects. You must seek treatment if you want to improve your life and the lives of those you profess to love. You just have to want to change badly enough to get the help you need to do it.

What I have to say next applies to everybody. Should anyone ever demand, coerce, or otherwise try to force you to engage in sexual conduct and/or contact that you don’t want, insist that they stop immediately and put up a storm of verbal and physical resistance if they don’t. No one ever has a right to put his or her hands on you without your permission. Stand your ground and refuse to give in.

If anyone persists in sexually harassing you despite your repeated protests to stop, or attempts to push themselves sexually upon you by any means of force, threat, abuse of authority, or emotional blackmail, take whatever evasive actions are necessary to extricate yourself and escape from the situation. This applies equally to cybersex bullying and electronic enticement of a child (minor) involving adults making arrangements online to meet anyone younger than age 18. If you are a minor, tell your parents or trusted adults about any sex assault or harassment perpetrated against you—and file a police report—especially when the offending person is an adult or older adolescent in a position of authority as sex offenders are often serial abusers.

No matter your age or the age of the sexual aggressor, should an actual sexual assault take place against you or someone you know, immediately report it to the police. Child sexual predators and those perpetrating adult sexual violence need to be held accountable for their actions. And when justice demands it, convicted molesters need to be sent to prison for their crimes.